Like Any Normal Day: A Story of Devotion by Mark Kram, Jr.

I have no idea how I came to know about this book. Sports are generally not what I’m interested in so I don’t really want to read about them. But, this book is about so much more than that.

Buddy was popular and charismatic and good at everything he did until the one football game took all of that away and made him a quadriplegic. This is that story and how his friends and family rallied around him (or didn’t rally around him in the case of some) and how he decided to end his life.

I think the decision about ending his life was truly the interesting part to me and how he did it with Dr. Kevorkian. Buddy knew that decision would be shocking and I kind of think that is why he did it that way based on how he lived the life he had. He asked his brother, Jimmy, to take him to the Doctor and Jimmy has had to live with that.

“Even if I went to jail, that would not have changed anything,” he says. “I would’ve done it. It’s what Buddy wanted. He was the quarterback and he called the plays. I just ran them.” 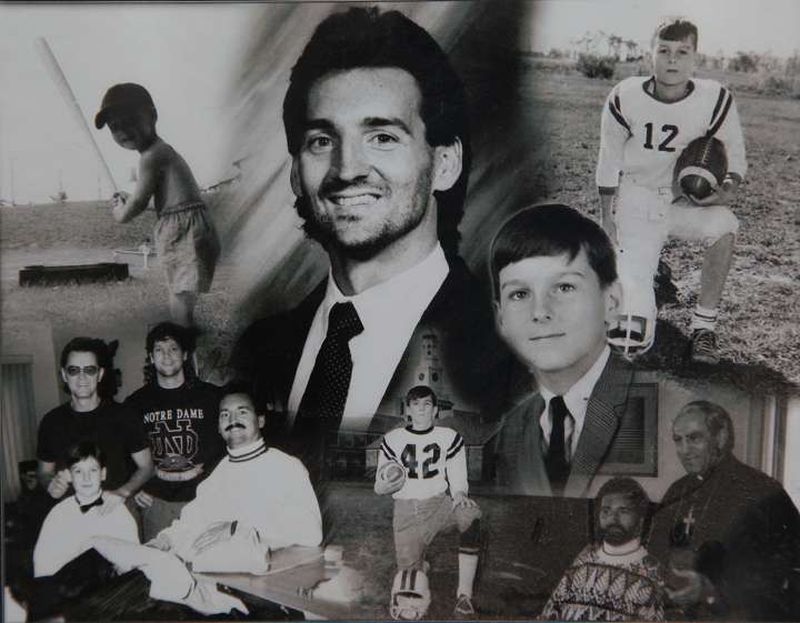 I thought the book was written well and gave a good background on the family and others view on the events that happened. There is even a Teacher’s Guide for discussion points.

Winner of the 2013 PEN/ESPN Award for Literary Sports Writing, Like Any Normal Day is a profound, powerful narrative of a golden boy’s tragedy, a woman’s unlived life, and a brother’s complicated devotion.

In the mid-1970s, brothers Buddy and Jimmy Miley were close, both on the verge of impressive athletic careers. A promising high school quarterback, Buddy’s potential was cut short by an injury that left him a quadriplegic. Immobile and imprisoned in his body for decades, Buddy would watch life pass by from his wheelchair, living at home under his mother’s and brother’s care, and wondering what his life could have been.

Buddy and Jimmy visited special hospitals and traveled to Lourdes in search of a miracle, never losing hope as they searched for a cure. But as Buddy suffered increasing pain, and also realized that he would never be able to walk again―and never prove himself capable of being loved by Karen, a woman he’d first met in high school―he asked Jimmy to help him end his life.

Beautifully written, both heart-wrenching and hopeful, Mark Kram Jr.’s Like Any Normal Day explores the important bonds between families and the depths of what we’re willing to do for those we love.

I saw some posts on Facebook last week in @erasabl

This cat. I swear that every day he does at least

The first veggies were picked this morning from ou

My gardenias are blooming and the smell is absolut

I understand now why this piece of furniture is ca